Welcome to Sunny Sunday! If you are like me you are tired of seeing our news feeds filled with bad news and negativity! There really is a lot of good news in the world, but the media tends to bury it between all the bad news – if they share it at all! So, I have decided that a couple times a month I am going to share GOOD NEWS from the previous week or so (maybe longer if I find something really worth sharing) and this is going to be my new series called Sunny Sunday! 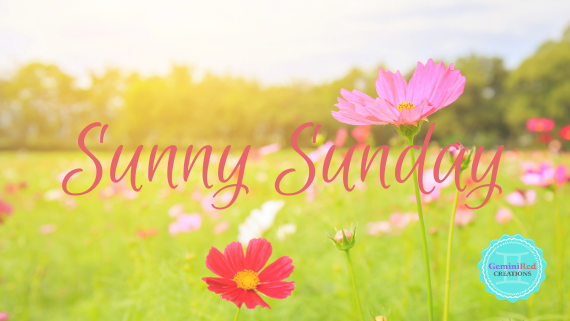 Here are some great stories that I hope will inspire you!

I keep telling my mom that we need to move south(er) than where we are near Atlanta, GA because the temps seem to be getting colder in the winter. Naples hasn’t been on my radar, but this article makes it a little compelling. That said, the Bradenton area is on my radar and I see it’s listed at #3 for the highest well-being so maybe there is hope!

I can totally get behind any company that is all about doing for others! As mentioned in the article, at first the mother had a bit of sensory overload – I get like that when it comes to smells and potions. Though I have used LUSH, like what they stand for and that they are helping others I will admit that it would take a lot to detract me from using my favorite Rinse Bath & Body products which are made right here in GA by a good friend of mine!

Teen Invents Super Smart Sleeping Bag Made For And By The Homeless  February 19, 2016

Homelessness is, in my opinion, a terrible epidemic. There are people who fought for our country living on the streets and it’s appalling. I look around and see empty buildings that were once large big box stores and think “they would really make a great temporary solution to a big problem” but apparently that just doesn’t make sense to most people. This young girl really came up with a great idea for those that must live outside and I applaud her for thinking beyond what a normal 16-year-old would!

This story has been circulating around Facebook for a while and I read it every time I see it. This concept is truly amazing and I can’t help but wonder what it would be like to live in a world where every restaurant or business did something like this. You don’t have to line up your walls with post it notes – a simple file or something behind the scenes would work just as well. Maybe even a small visual that shows how many people have donated or what amount has been donated and what is available to those in need! In a world where sometimes the focus isn’t where it needs to be – this principal goes above and beyond by awarding students for their hard work! Great way to think outside of the box!

Police officers have been getting quite a bad rap lately, and I know that it’s not all without merit, but there are a lot of really good people out there! Both in uniform and not in uniform! Congrats to these police officers for recognizing that helping others and becoming role models in your community is important!

There is really nothing quite like making someone’s dreams come true! And it’s even more special when it’s something like this!

How a Disappointing Restaurant Experience Turned Into an Effort That Now Feeds 1200 Kids February 6, 2016

What if every time a restaurant gave away free food it was to those in need? And what if it spurred a movement like this? The possibilities are endless!

Not all of Hollywood’s elite stars think only of themselves (though I guess Carrie Underwood isn’t really in Hollywood). I love hearing stories of celebrities that take the time out for “regular” people!

Girl, 5, leads her blind grandmother out of burning home February 22, 2016

Bravery knows no age! This little girl went above and beyond thanks to what she learned on a school field trip to the local fire station!

Let me know what you think of these happy stories, and feel free to share a link to some you’ve found inspiring!