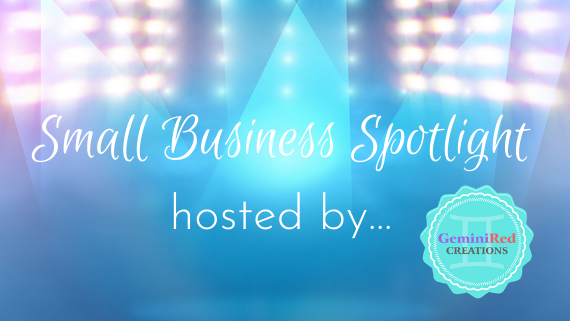 When you drive by Blue Mark Studios you will see an over 120 year old church building that has been resurrected as an artist loft, art studio, gallery and venue rolled into one.  Years ago if you were in this area of West Midtown (Atlanta) you would likely want to speed up and get to the “other side of the tracks” (literally there are tracks right there) as soon as possible.  There was a time that this area was not so nice, but it has been getting a facelift and places like Blue Mark Studios is giving this little part of town a whole new look and feel.  It truly is amazing what a fresh coat of paint can do to an old building, as well as a person who truly sees it as something more than sticks and bricks.

I first discovered this little gem because of a Groupon to their Booty Shakin’ Bingo (yes, you read that right).  They have a 1st Wednesday of the month Bingo event that is in no way similar to your grandmother’s Bingo other than someone is calling out numbers and you are using a dauber to mark your cards.  Everything else is uncharted territory – from the disco ball, to the DJ, to the dimmed lights, and the dancing!

Once I was aware of Blue Mark Studios I found through their website that they were hosting a monthly Blue Market – a vendor show where little businesses like mine could sell my wares.  I missed a few months due to being sick the end of 2011, but Jen who manages the venue was so super nice she even offered to make me Matza ball soup!  I didn’t take her up on the offer, but I’ve since had her cooking on several occasions and I sorely missed out on that opportunity!  (Sadly, due to a full schedule of events the Blue Market is no longer part of their calendar of events.)

Bryan Seay is the owner of Blue Mark Studios.  When he found this diamond in the rough several years ago he had a vision of a place for artists to get together and work on their various art forms – painting, drawing, sculpting and whatever else struck a chord with the artists.  Through his vision and the tenacity of his girlfriend who manages the venue, Jen, Blue Mark Studios does all that and more these days!

As previously mentioned, the first Wednesday of every month you can find close to 100 people shaking their stuff at the Booty Shakin’ Bingo, there is a new art opening in the gallery every other month where you can find a wide array of artistic styles, 2-3 days per week Blue Mark Studios is host to The Murder Mystery Company as their actors put on a live murder mystery dinner theatre, on alternating evenings several nights a month they offer a great date night of Couple and a Canvas which includes 2 people, 1 canvas, food and wine, and if you don’t think that’s enough throw in some parties, charity events and a few weddings and you have yourself a busy venue!  Quite frankly, what better place to host a party or a wedding?  Take a look around and every other option available will provide the same 4 white walls and little to no character compared to a 110+ year old church.

If you are from the Atlanta area, and thought the area was not quite right for you, I suggest you give it another look.  What Bryan and Jen have done with the place is remarkable, with its mix of cutting edge art and its small town, city charm – it’s a place you will not soon forget and you will find yourself looking to see what event is next!

Check out pictures from some of their events!

Atlanta artist and graduate of the Atlanta College of Art, Bryan Seay has a passion for creativity.  Over the past 25 years he has worked in various mediums including clay, photography, painting, graphic design and animation.

After receiving a Bachelor of Fine Arts degree from the Atlanta College of Art in 1993 he went onto University of Georgia where he studied computer animation.  Using those skills, he then continued his studies at the Georgia Institute of Technology where he did an internship at the Interactive Media Technology Lab, working with the Atlanta Ballet on their dance and technology project, a multimedia performance.  He has also worked as a part of the Fox Theater restoration crew and later as a freelance graphic designer for them.  Subsequently he returned to the Atlanta College of Art to study photography and Callanwolde Fine Arts Center to study and work with clay.   His work has been shown at a number of galleries and museums throughout the Southeast.

In 2008, Bryan ventured into a new area when he purchased a 110 yr old church and refurbished and renovated it into what is today Blue Mark Studios, an innovative artist cooperative, special events venue and art gallery located in West Midtown, Atlanta.

In case you have missed some previous Sunday/Small Business Spotlights (you can catch up on them here):

And, if you want your business to be in the Spotlight, please complete the Small Business Spotlight Form, which is on the page for Advertising & Sponsorship. There are two forms depending on whether your business is handmade or not.

*We love comments on our blog, so please show us some love by leaving a comment below. Thanks*